by ServerOk
with 2 comments
General

RailWire, Government of india owned ISP that provide FTTH connection through Cable TV operators have come up with new boardband plans for 2018. 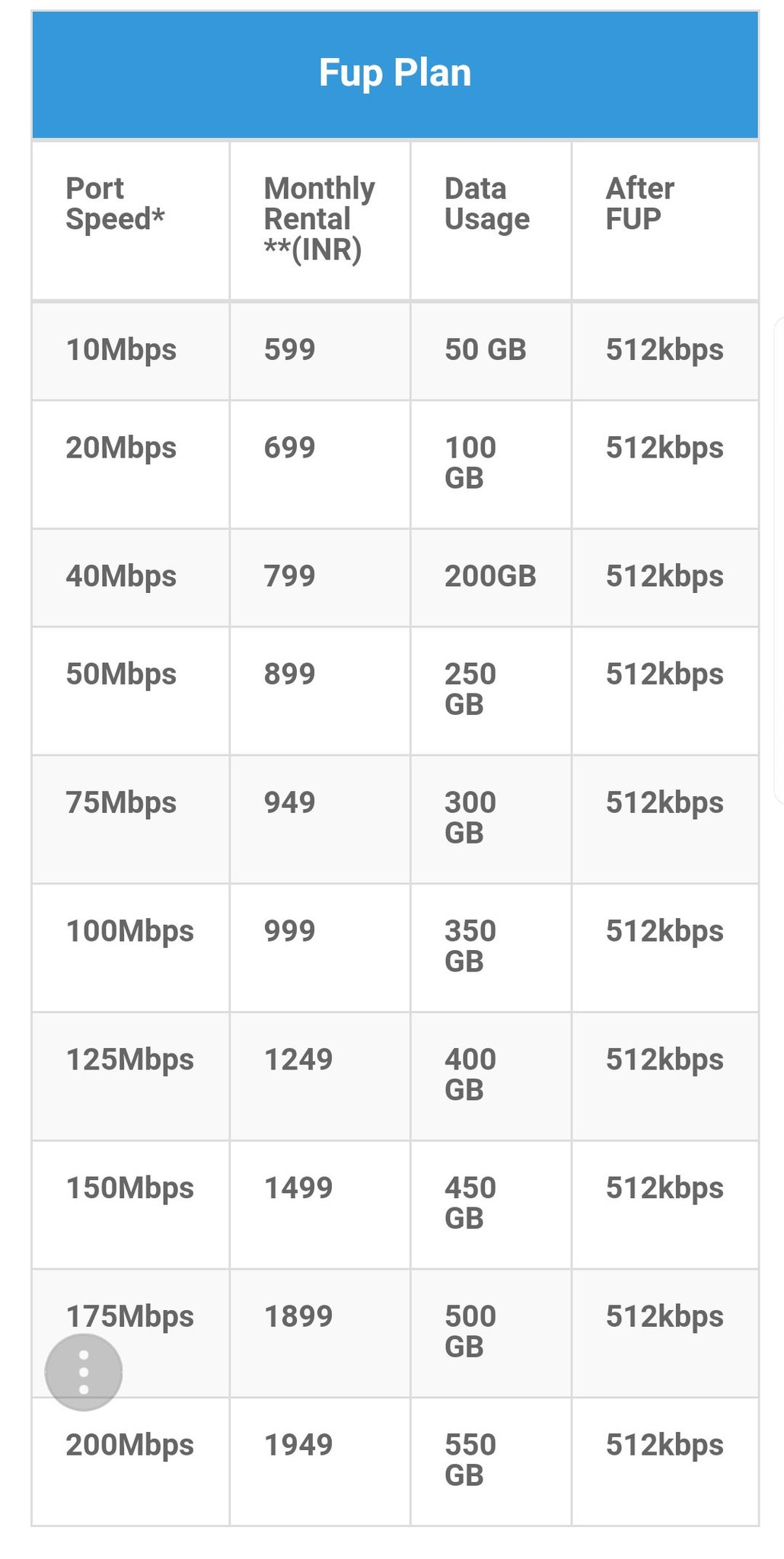 These new plans are not yet updated on RailWire web site, but many have reported new customers are getting these plans. My plan just got changed from 20 Mbps to 75 Mbps, 300 GB per month data transfer with same price as before.

Reliance JIO made indians internet usage explode with very generous 4G mobile plans that give 1.5 GB data per day with free NetFlix like media service JioCinema and lot of Free TV Channels using JioTV Live TV App. These media services make any none internet users addicted to internet and data, they never able to live Reliance JIO even if they wanted.

With Reliance JIO coming with with FTTH service with many part of the country, RailWire may be doing their part to keep their customers happy.

new and old railwire plans are

Indian Gamers will have good time with local game servers, so far they have to use Singapore, Europe or US servers to play games, that cause high lag in games with response time is critical to success.

Here is speed test on my 75 Mbps connection 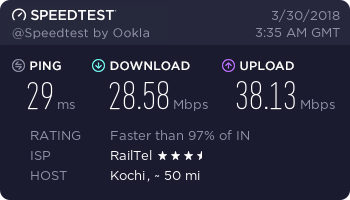 Next month i may switch to 100 Mbps plan as price difference is very small (INR 59) even though it won’t make any difference in normal usage.

I switch from BSNL to RailWire nearly a year ago. BSNL speed was 2 Mbps, they have very low FUP limit of 20 GB per month.

Even now they don’t change the plans. For INR 945, you get 10 Mbps speed until 20 GB FUP Limit, then speed goes down to 2 Mbps. Problem with BSNL for me was not speed, it was frequent down time due to cable problems as they use DSL and the cable are very old break multiple times a month and it take days for them to find the fault and fix it.