RedHat, parent company of CentOS Linux announce it will stop supporting CentOS 8, the latest version of CentOS. CentOS is build from the source code RHEL, making a free version of stable and well-tested enterprise ready RHEL Linux. CentOS 7 will keep getting security updates until it reaches End Of Life June 30th, 2024. For Red Hat, maintaining CentOS wont help with their business. Now they don’t need to maintain CentOS, this will force many users to pay for Red Hat Enterprise Linux (RHEL). 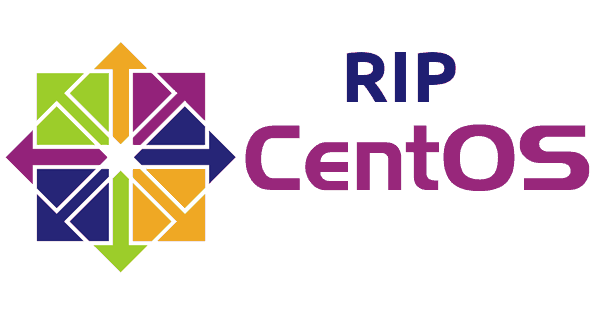 The new version of CentOS known as CentOS Stream is a rolling release. It will be used as a staging version of RHEL. Red Hat expect CentOS Stream to be stable and allow community participation as users will be able to contribute to CentOS Steam. With CentOS, community contribution was limited because it was a copy of RHEL.

CentOS is populary used in web hosting servers as cpanel only supposed RHEL based Linux. With death of CentOS 8, cpanel have announced they will accelerate investment in development efforts to support additional operating systems. cPanel will suport Ubuntu LTS and expect to deliver a production-ready version in late 2021. After Ubuntu LTS, they will look into supporting Debian. Ubuntu is very popular with Cloud Servers as it come with latest software compared to CentOS. With many developers already using Ubuntu on their Desktop, supporting Ubuntu is wise decision by cpanel.

With CentOS 8 unexpected demise, many users will be looking for alternative OS. This opens up market for next CentOS clone.

CentOS co-founder, Gregory Kurtzer announced he will be releasing his own Red Hat Enterprise Linux (RHEL) replacement Rocky Linux. No ETA on release date yet.

You can join discussion on their reddit.com/r/RockyLinux/

CloudLinux is a CentOS based commerical Linux, that is popular amoung web hosting providers as it allow resource limit per user and user isolation with CageFS. They also have support for kernel update with out reboot.

CloudLinux will be investing more than a million dollar into Project Lenix. CentOS 8 users will be able to convert into Project Lenix or CloudLinux easily with out reboot. In the announcement Igor Seletskiy said “Red Hat’s announcement has left users looking for an alternative with all that CentOS provides and without the disruption of having to move to alternative distributions. We promise to dedicate the resources required to Project Lenix that will ensure impartiality and a not-for-profit community initiative. CloudLinux already has the assets, infrastructure, and experience to carry out the mission, and we promise to be open about the process of developing Project Lenix”.